History of the Ancient Belliazzi Baths 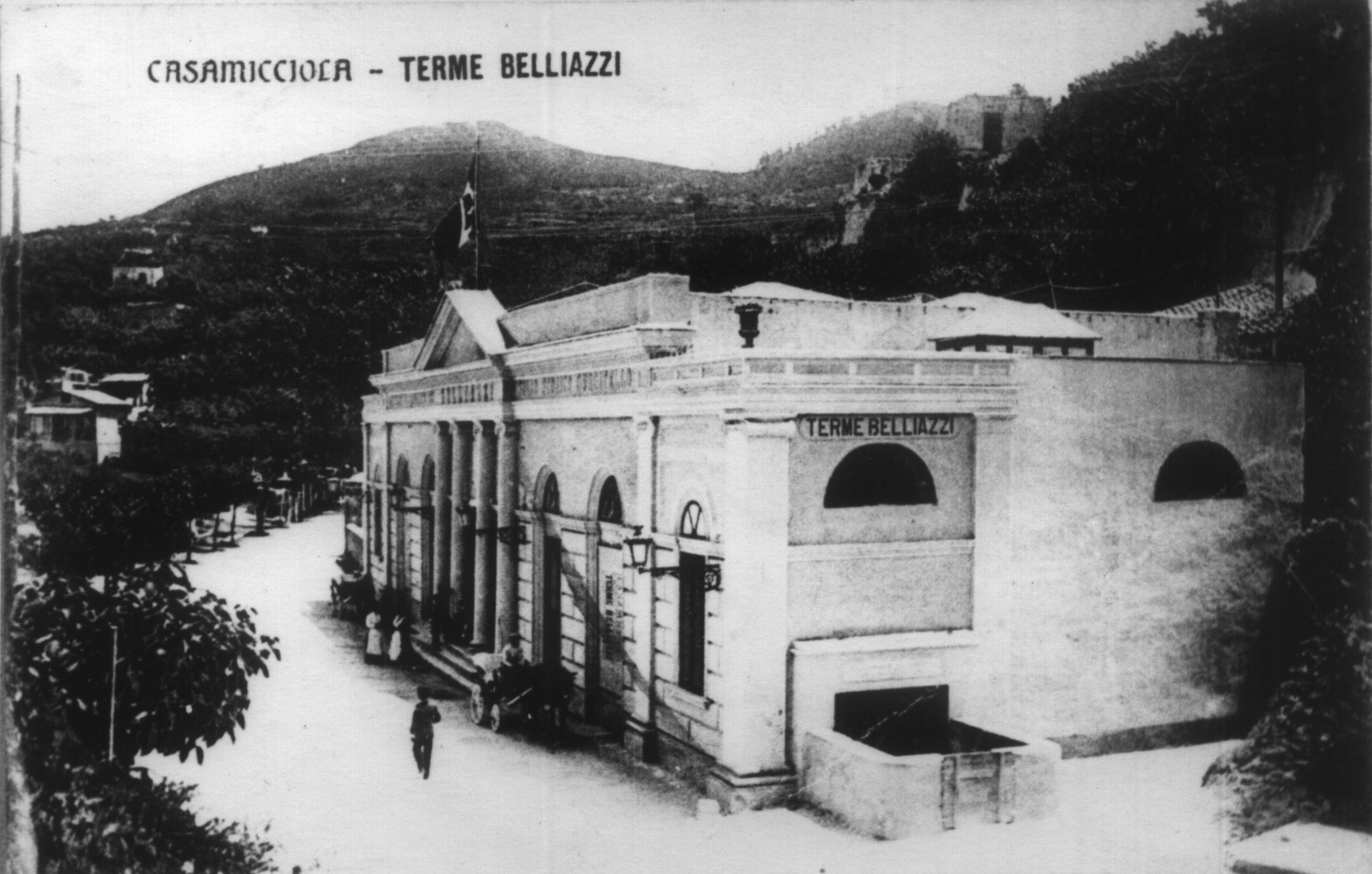 The centuries-old fame of the Acque del Gurgitello in Casamicciola Terme is intimately linked to the historical events of the Terme Belliazzi, the establishment built on "solid foundations and comfortable medical findings" by King Ferdinando II di Borbone in 1854.
With the creation of the Belliazzi factory, the impetus given to spa treatments was significant and such as to convert even the most stubborn skeptics of balneology to Natural Medicine.

In 1560, Giulio Iasolino, a doctor at the Spanish court in Naples, met Ischia and in the famous treatise "De Remedi Naturali ..." drew up an accurate map of all the thermal springs on the island of Ischia and the therapeutic characteristics of each. He described the source of the Gurgitello as a miraculous source for the sensational successes obtained with the use of its water and mud.
A small spa made up of a few pools was built, but was then abandoned following the earthquake of 1622 and the plague of 1656.
In 1698 it was rebuilt thanks to Andrea D'Avalos, brother of the governor, as the inscription on the wall in the hall of the current establishment reads. He thus wanted to bring relief to all the nobility through these baths.
In 1717 Cardinal Michelangelo Conti, future Pope Innocent XIII, made a cycle of baths and muds as the precious lapidary inscription in the hall recalls
Other important scientific writings are those of: Nicola Andria (Treatise on the mineral waters of the island of Ischia 1775), Chevalley De Rivaz (Description des eaux minero-thermales et des etuvèsde l'isle d'Ischia 1830). He states: "The waters of the Gurgitello are very healthy in the various types of paralysis, for gout, chronic rheumatism, muscle contractures and weaknesses, scrufulous traffic jams, incomplete ankylosis, the aftereffects of fractures and dislocations, obstruction of the mesentery, pancreas, spleen, liver, scaly rash, chronic mange, dropsy, diseases of the kidneys and bladder, catarrhs ​​caused by local atony, sterility dependent on the sensitivity of the uterus "
The structure operated throughout the nineteenth century, remaining unscathed from the earthquake of 1883 and the twentieth century, including the presence of famous people.

The royal construction of the Terme Belliazzi

While studies on the island's thermalism were in full swing, King Ferdinando II di Borbone visited Ischia in 1852 and spent a few days in the royal house of the Buonocore family. He thus has the opportunity to take an excursion to Casamicciola, through the uncomfortable path of the Quercia. He reaches the town of Bagni not without difficulty because of the battered streets full of holes and so narrow as to barely allow the passage of the royal carriage. The monarch had everything written down with great diligence to his companion, underlining the abandonment with which the beautiful island was kept. The king was admired for the rich hydrological heritage found in that spa area and, as was his usual custom, he thus conceived, on the spot, the construction of a large establishment on the existing Bagno del Gurgitello, which was no longer adequate for times! The king's will was not at all discussed, so everyone had to obey and let it go. The project was personally entrusted by King Ferdinando to the architect Pasquale Francesconi, the same technician chosen for the construction of the nearby church of the Assumption nearing completion. The works were contracted out by the company of Umberto Belliazzi which will find itself the owner of the plant after a couple of years from its inauguration (1856) for credits claimed and not honored by the clients
The Baths cost a total of 14,000 ducats; a truly remarkable sum for those times, and constituted an authentic jewel of thermal architecture following the example of the Roman Baths. The truly imposing façade, characterized by mock ashlar pilasters, has in the center four Ionic columns embedded in the spacious entrance, imitating a non-existent peristyle. On the top of the building stands a triangular pediment highlighted by a double cornice that runs along the entire length of the facade. The architectural work re-proposes the taste of neoclassical flavor so popular in the nineteenth century; a style that was then repeated in the large hall-vestibule at the entrance and in the two escapes of dressing rooms for the bathrooms located on both sides of the Baths.
A marble plaque, placed on the external facade at the height of the entrance, recalls the important achievement: 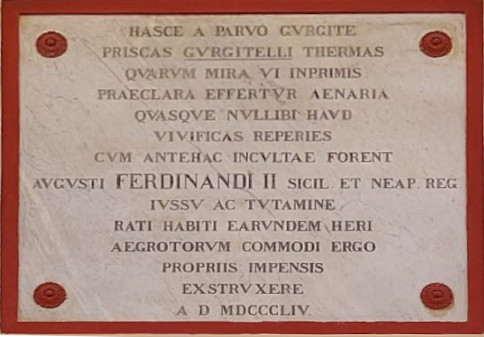 With the fall of the Borbone (1860) the Unitary State gave up the Belliazzi factory trying to pass the structure as the property of the royal house. The real owners took up a cause that lasted a few years, but they finally won it. At the beginning of the twentieth century - from an advertisement that appeared in the thermal magazine “il Casamicciola” - we learn that the Terme Belliazzi were made up of 40 first-class and twenty second-class dressing rooms. Figure owner a nephew of Belliazzi, cav. Umberto, with the office in via Monteoliveto, 61, Naples.

Today the spa of the "Antiche Terme Belliazzi" combines the properties of thermal water with the benefits of beauty treatments. These are customized with the use of our exclusive products from the company "ISCHIA TERME BELLEZZA" srl, products made with Gurgitello water, designed to give moments of well-being and relaxation.
To integrate and enhance the benefits of the precious mineral waters, it is possible to carry out complementary treatments such as massages that can be of different types: circulatory, anti-stress, lymphatic drainage, ajurvedic, shiatsu, reflexogen, each of which with different healing characteristics.
The client will be adequately advised by the doctor.
The Antiche Terme Belliazzi have an agreement with the ASL and it is therefore possible to carry out spa treatments at the expense of the National Health System with the simple presentation of the GP's referral.
The agreed therapies are: muds and baths, therapeutic baths, inhalation treatments, vaginal irrigations.